My most impressionable memory of seeing a rainbow happened in a tourist bus in Iceland. It was faint, like a watercolour painting on the canvas that was the pale blue sky and the treeless Icelandic landscape. I noticed it first, and a few minutes later the whole bus was teetering at one side of the bus, peering spellbound out of the window (except for the bus driver, I hope).

All of us under its spell, we know that it's probably magic
Have you been half asleep?
And have you heard voices?
I've heard them calling my name
Is this the sweet sound
That called the young sailors?
The voice might be one and the same

Why are there so many songs about rainbows
And what's on the other side?

This post has actually been simmering in my mind since I read this paper [1], a review about rainbows in a physics journal! I was amazed by 1) how nice it is to have a comprehensive physical explanation of an everyday object in a journal article, 2) how complex the physics of rainbows is, and 3) potentially how much we don’t know still about rainbows. It is such a formidable task to bring together the physics and fascination and wonder, and package it into a neat, coherent post. Here goes!

Rainbows are intangible, in the sense that they are nothing more than scattered sunlight reaching the observer from certain directions, or, alternatively expressed, they are heavily distorted images of the Sun itself.
– Alexander Haußmann, in the review article [1]

So we've been told
And some choose to believe it
I know they're wrong, wait and see 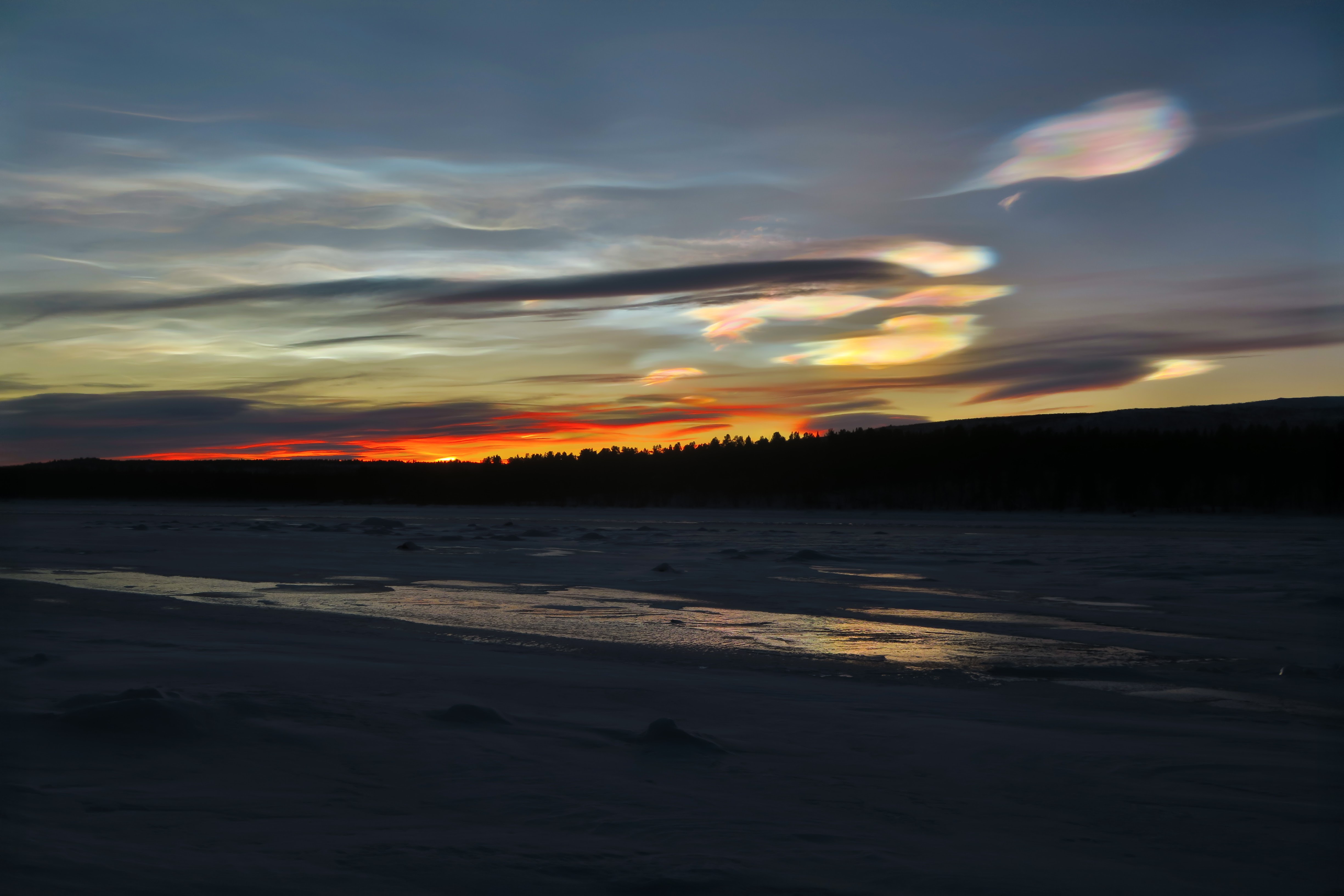 Polar stratospheric cloud that I saw

I've heard it too many times to ignore it
It's something that I'm supposed to be
Someday we'll find it
The rainbow connection
The lovers, the dreamers and me

So, the next time it rains, look, look for that distorted image of the Sun, that only exists at the interface of photon and retina.

Some more nice articles:
There Is More to a Rainbow than Meets the Eye
Rainbows are (literally) in the eye of the beholder

Your email address will not be published. Required fields are marked *

You May Also Enjoy

Science
Sci Am | Why Your Brain Needs Exercise
Science | Experi-mentoring: Where to turn when your PI can’t help
You Are What You (Don’t) Eat
Nautilus | Why Sex Is Mostly Binary but Gender Is a Spectrum

Science
Sci Am | Latitude Adjustment: Distance from the Equator Shapes Our Thinking

Others
Notopia: the Singapore paradox and the style of Generic Individualism